Setup and run Jupyter notebook from a remote server by ssh

The main idea is that you will run a “headless” notebook from your server, but have the graphical interface (GUI) show up in your local machine’s web browser. The libraries, hardware, and all backend-related stuff depends on your remote machine, but the GUI is seen from your laptop.

Set-up: Here, let’s define the local user and host as localuser and localhost respectively. Similarly, let’s define the remote user and remote host as remoteuser and remotehost. Needless to say, make sure that Jupyter notebook and all its dependencies are installed in both machines. Here’s a quick diagram of the whole process, I will discuss them one-by-one in the next section: 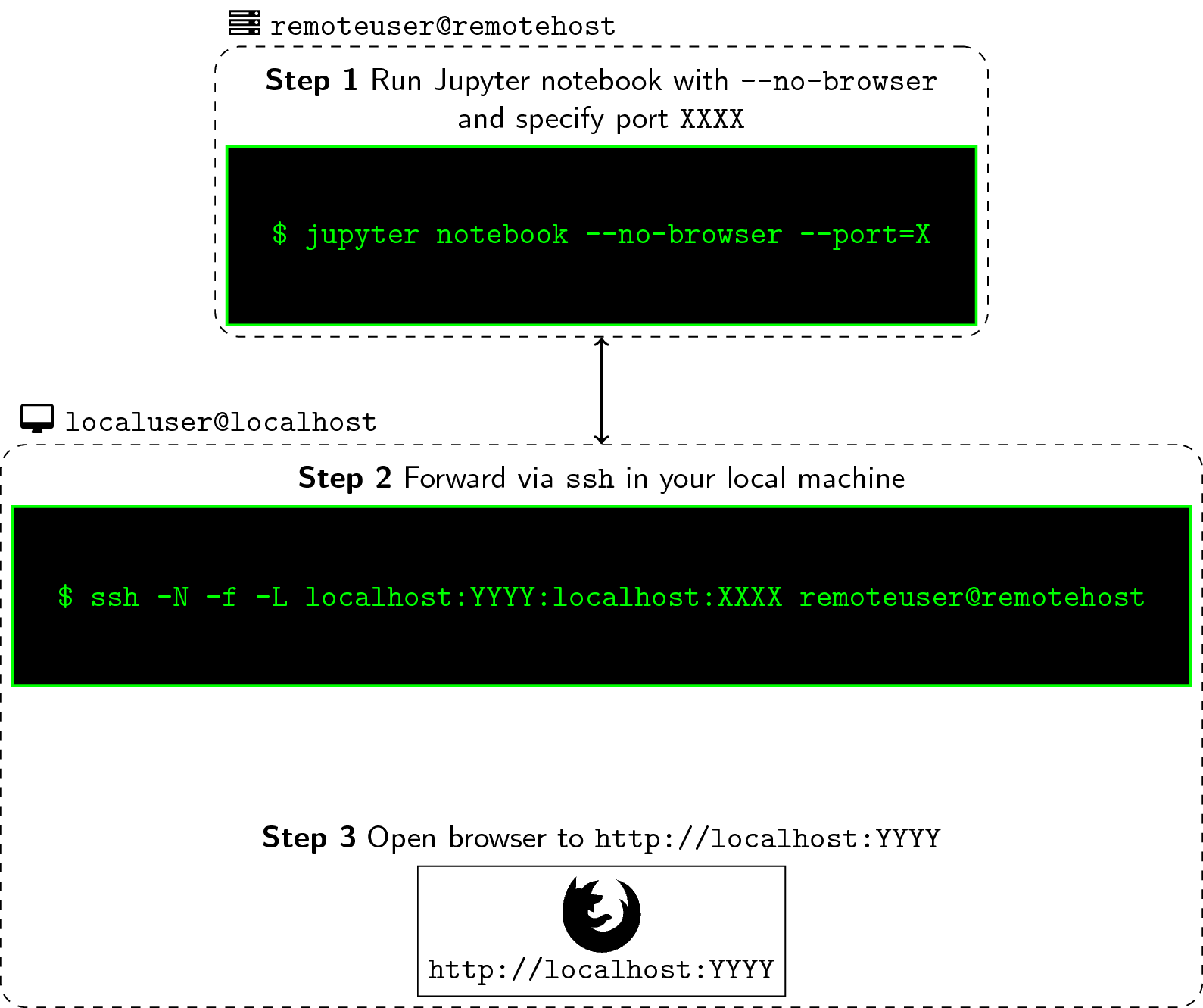 Log-in to your remote machine the usual way you do. In most cases, this is simply done via an ssh command. Once the console shows, type the following:

Step 2: Forward port XXXX to YYYY and listen to it

In your remote, the notebook is now running at the port XXXX that you specified. What you’ll do next is forward this to port YYYY of your machine so that you can listen and run it from your browser. To achieve this, we write the following command:

To open up the Jupyter notebook from your remote machine, simply start your browser and type the following in your address bar:

Again, the reason why we’re opening it at YYYY and not at XXXX is because the latter is already being forwarded to the former. XXXX and YYYY can be the “same” number (not the same port, technically) because they are from different machines.

If you’re successful, you should see the typical Jupyter Notebook home screen in the directory where you ran the command in Step 1. At the same time, if you look in your remote terminal, you should see some log actions happening as you perform some tasks.

In your first connection, you may be prompted to enter an Access Token as typical to most Jupyter notebooks. Normally, I’d just copy-paste it from my terminal, but to make things easier for you, you can set-up your own notebook password.

To close connections, I usually stop my notebook from remote via CTRL + C then Y, and kill the process on YYYY via:

Because I often perform these commands in my daily work, I simply created some functions where I only need to supply the port during connection. In my configuration file (this can be your .bashrc), I have the following commands:

Helper function to fire-up a Jupyter notebook in remote

And thus I only need to write:

Helper function to listen to a port

For me, this reads as “jupyter tunnel”, and the whole command is like an action “tunnel 8889 (the port from my remote) to 8888 (port from my local machine)”.

And that’s basically it! The Jupyter notebook is really a wonderful tool for literal programming where you can intersperse text and code in one document. In my use-case, I don’t have the Tensorflow GPU library in my local machine so I need to run notebooks on-top of our laboratory’s server. This enabled me to decrease development time, and helped me perform fast analyses of my models. 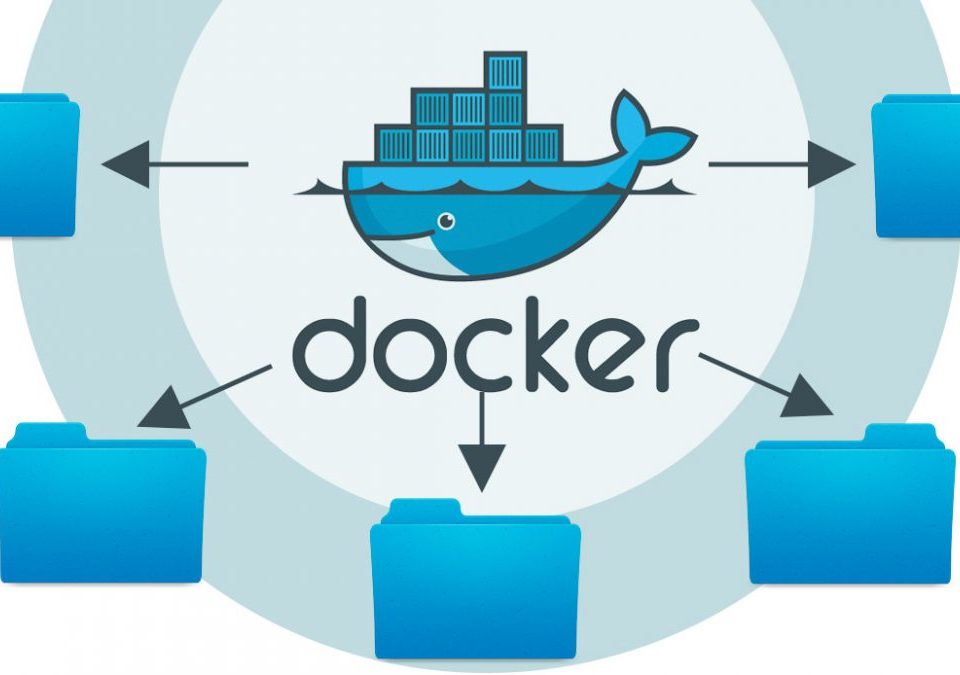 Difference of CMD and ENTRYPOINT Commands in Dockerfile