What is the Region of Interest Pooling?

Region of interest pooling (also known as RoI pooling) is an operation widely used in object detection tasks using convolutional neural networks. For example, to detect multiple cars and pedestrians in a single image. Its purpose is to perform max pooling on inputs of nonuniform sizes to obtain fixed-size feature maps (e.g. 7×7).

There is an open-source implementation of the RoI pooling layer for TensorFlow (you can find it here). In this post, we’re going to say a few words about this interesting neural network layer. But first, let’s start with some background.
Two major tasks in computer vision are object classification and object detection. In the first case, the system is supposed to correctly label the dominant object in an image. In the second case, it should provide correct labels and locations for all objects in an image. Of course, there are other interesting areas of computer vision, such as image segmentation, but today we’re going to focus on detection. In this talk, we’re usually supposed to draw bounding boxes around any object from a previously specified set of categories and assign a class to each of them. For example, let’s say we’re developing an algorithm for self-driving cars and we’d like to use a camera to detect other cars, pedestrians, cyclists, etc. — dataset might look like this.
In this case, we’d have to draw a box around every significant object and assign a class to it. This task is more challenging than classification tasks such as MNIST or CIFAR. On each frame of the video, there might be multiple objects, some of them overlapping, some poorly visible or occluded. Moreover, for such an algorithm, performance can be a key issue. In particular for autonomous driving, we have to process tens of frames per second.
So how do we solve this problem?

The object detection architecture we’re going to be talking about today is broken down into two stages: 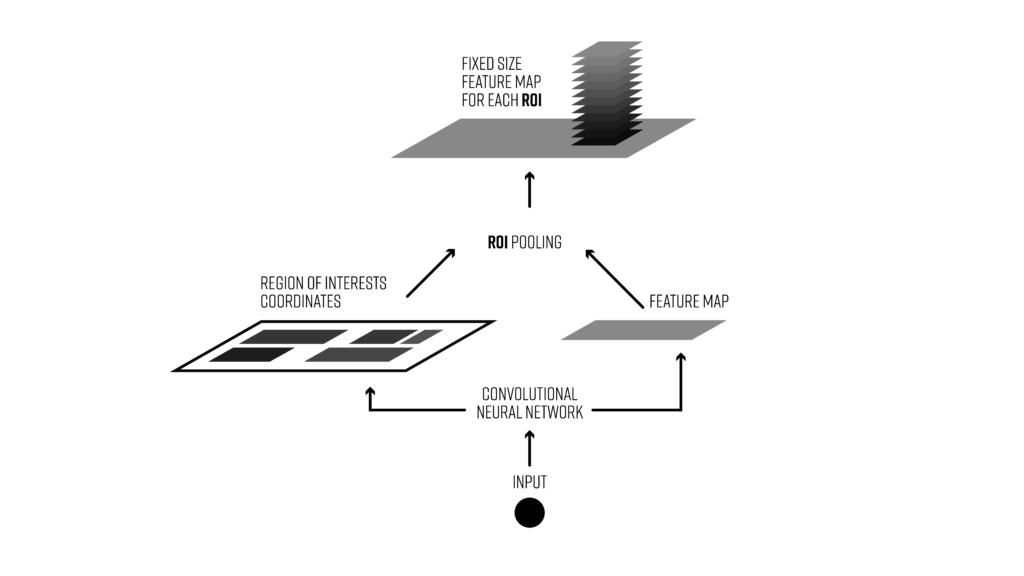 Object detection pipeline with the region of interest pooling

Usually, in the proposal phase, we have to generate a lot of regions of interest. Why? If an object is not detected during the first stage (region proposal), there’s no way to correctly classify it in the second phase. That’s why it’s extremely important for the region proposals to have a high recall. And that’s achieved by generating very large numbers of proposals (e.g., a few thousand per frame). Most of them will be classified as background in the second stage of the detection algorithm.
Some problems with this architecture are:

That’s where the region of interest pooling comes into play.

Region of interest pooling is a neural-net layer used for object detection tasks. It was first proposed by Ross Girshick in April 2015 (the article can be found here) and it achieves a significant speedup of both training and testing. It also maintains a high detection accuracy. The layer takes two inputs:

What does the RoI pooling actually do? For every region of interest from the input list, it takes a section of the input feature map that corresponds to it and scales it to some pre-defined size (e.g., 7×7). The scaling is done by:

The result is that from a list of rectangles with different sizes we can quickly get a list of corresponding feature maps with a fixed size. Note that the dimension of the RoI pooling output doesn’t actually depend on the size of the input feature map nor on the size of the region proposals. It’s determined solely by the number of sections we divide the proposal into. What’s the benefit of RoI pooling? One of them is processing speed. If there are multiple object proposals on the frame (and usually there’ll be a lot of them), we can still use the same input feature map for all of them. Since computing the convolutions at the early stages of processing is very expensive, this approach can save us a lot of time.

Let’s say we also have a region proposal (top left, bottom right coordinates): (0, 3), (7, 8). In the picture it would look like this:
Normally, there’d be multiple feature maps and multiple proposals for each of them, but we’re keeping things simple for the example.
By dividing it into (2×2) sections (because the output size is 2×2) we get:

Notice that the size of the region of interest doesn’t have to be perfectly divisible by the number of pooling sections (in this case our RoI is 7×5 and we have 2×2 pooling sections).
The max values in each of the sections are:

And that’s the output from the Region of Interest pooling layer. Here’s our example presented in form of a nice animation:

What are the most important things to remember about RoI Pooling?

If you need an open-source implementation of RoI pooling in TensorFlow you can find our version here.
In the next post, we’re going to show you some examples of how to use the region of interest pooling with Neptune and TensorFlow. 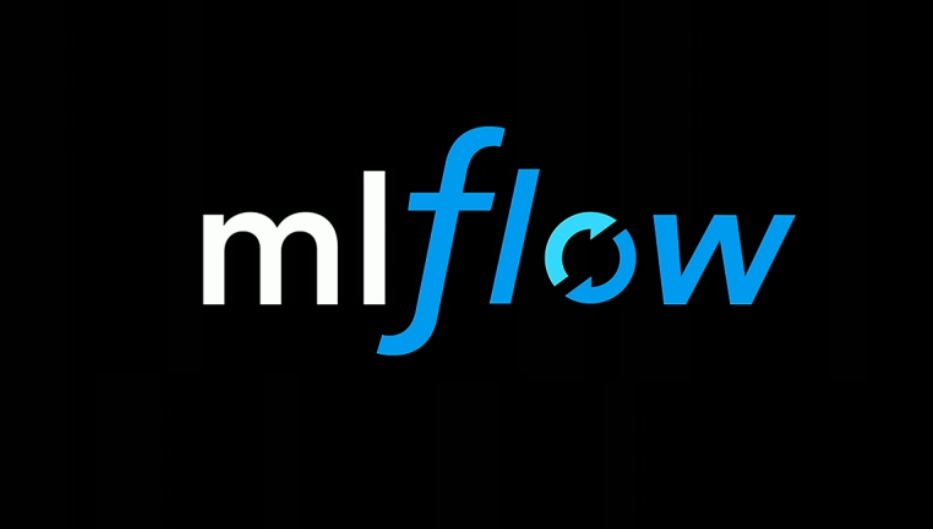